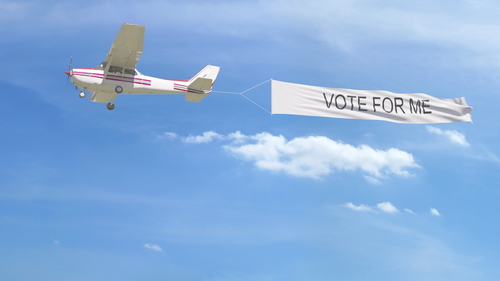 Here we are, yet again, another election.

We asked all those standing for candidate information and a personal statement, you can read what they sent in right here!

We have also now added links to party manifestos as they have become available. 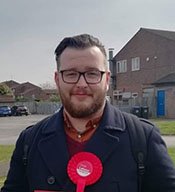 Peter Ashurst – Parliamentary Candidate for Labour in Esher and Walton

Peter is a Walton on Thames resident. He is a committed campaigner and is passionate about the Green New Deal.

Peter is appalled to see the rise in unemployment and food bank use locally and nationally as families are driven into poverty by welfare and public spending cuts. We need a Green New Deal creating sustainable jobs for all.

He also believes that no one should need to rely on a foodbank in Britain in 2019 that’s why he supports a Right to Food.

Labour will invest in local services and businesses to create growth and prosperity, rather than prioritising unsustainable cutbacks and closures.

This election will shape Britain for generations to come and it is about so much more than Brexit – which has divided us for too long. It is about the type of country we want to be. Firstly, I want to be clear: if elected as your MP, I will campaign for the people to have the final say on Brexit.

After 9 years of austerity brought about by the Conservative and Lib Dem Coalition in 2010, we have seen services decimated. I will work to open Sure Start centres locally – ensuring all our children get the best start in life, and demand our local services are properly funded.

Whilst ensuring the next generation have the best start possible, we must work together to provide them with the very best of futures. To do this we must tackle climate change. With only 11 years to tackle the climate catastrophe: it’s Labour’s Green New Deal or Johnson’s Tory nightmare.

On December 12th vote Labour for a fairer Britain. 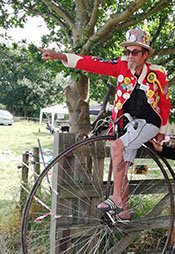 The main 1 I remember was public houses staying open all day.

He asked if I was going to vote for him, I said I couldn’t as I was only 16 but I would next time.

I was born in Walton, lived and worked in the area most of my life.

If I was voted in, I would promote Walton & Hersham FC to the premiership as long as I’m the MP for Esher and Walton.

(Hersham Hub Comment : As a matter of fairness (and a condition of your inclusion on this page) we would respectfully request you also promote Hersham FC )

You have heard of Boris Bikes, I would introduce Badger’s Bouncers. Space hoppers for everyone.

To reduce net migration, we would make sure all nets were fixed securely. 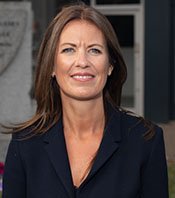 Monica Harding has an impressive mix of public, private and third sector experience from the UK and internationally.

A first time candidate, she has lived in Thames Ditton for over a decade with her husband Jon and her four children.

She is actively involved in the community and is the Vice Chair of Governors at a local state primary school in Thames Ditton.

She is standing to build a brighter future for everyone by stopping Brexit and dealing with the big issues.

Her top three priorities are:

Originally from South West London, she graduated with a BA (Hons) in English Language and Literature from Manchester University.

She has worked for the British Council in Japan, China and France and the UK , was CEO of Refugees International Japan, a not-for-profit organisation dedicated to raising funds to assist refugees displaced as a result of war and conflict and CEO of the Industry and Parliament Trust.

Most recently she has worked as an Associate Consultant at PA Consulting. 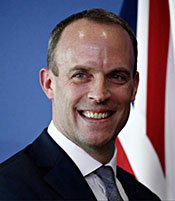 On 12 December, we face a crossroads moment for our country.

This Conservative government has secured a great Brexit deal, which respects the referendum, takes back control of our laws, borders and money, and preserves our precious United Kingdom.

If you vote Conservative, Parliament can pass the Brexit deal, so we can respect the referendum and avoid No Deal – enabling Britain to move forwards.

The Liberal Democrats say they will cancel the referendum, damaging trust in our democracy. A vote for the Liberal Democrats risks putting Jeremy Corbyn into Downing Street – which means more dither and delay on Brexit, and a militant Labour government that would increase unemployment, hike taxes to record levels and threaten our security.

I live locally, in Thames Ditton, with my wife Erika and two young sons. I am championing the quality of life issues that all our residents care about.

With pressure on local secondary school places, my plan will deliver a new Cobham Free School by 2020 and Heathside Walton by 2021, easing pressure on places across the borough.

I am targeting the Conservatives’ £33.9 billion investment in the NHS to boost our local GP surgeries, social care and mental health services across Elmbridge – from Molesey to Oxshott.

I am securing more police on the street in Elmbridge and a fairer deal for South Western Railway commuters.

As Foreign Secretary, I’m proud that the UK is hosting the UN climate change talks next year.

Protecting our local environment is essential too. That’s why I defended our local Greenbelt in Elmbridge by reinforcing national planning safeguards, and by opposing Liberal Democrat proposals to build housing on Greenbelt in Long Ditton and Cobham.

We must leave our precious environment in a better state for the next generation.

For a positive local agenda, and to take Britain forward, I hope you will consider voting for me on 12 December.

Have you joined The Hersham Hub group on Facebook?
www.facebook.com/groups/HershamHubCommunity/

Meet The Owners – Little All Sports